HOW TO DO DOUBLE SPOCK

"In a few short years, PWA Freestyle is now all about combination moves, one of the new standards being the double-spock – or technically, spock into bob. Exclusive to Boardseeker, master of the art Yegor Popretinskiy, RUS-11 (JP, NeilPryde, MFC), demonstrates and explains how to do them…" http://www.boardseekermag.com/features/windsurfing-action/double-spock.html
Filmed by: Alfie Hart

On 24.09 -03.10 the most awaited and mass contest of the year PWA Colgate Sylt Windsurfing World Cup 2010 took place in Germany on the North Sea shore in Sylt, Westerland. There were competitions in men Slalom and Freestyle, and men and women Wave. Registered more than 150 athletes and the total prize pool was 105,000 euros. 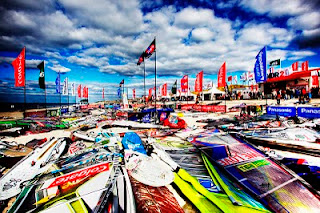 pic. by PWA/John Carter
Last year the organizers were lucky to conduct all the disciplines, but this year the luck was not on their side. Waves and strong winds came by and throughout the week of the contest. The wind was blowing on the angle from the beach, it was very gusty and disturbed, and so it was possible to have only one Single Elimination in Freestyle and 7 races in Slalom.

The victory in Slalom was taken by the legendary 35-times World Champion Bjorn Dunkerbeck, but in the PWA overall Slalom ranking the 1st place was taken by the French Antoine Albeau, who became the PWA Slalom World Champion for the 5th time! 3rd place in Sylt and in overall ranking Slalom Men 2010 went to another strong Frenchman Cyril Moussilmani. 4th place in overall took American Micah Buzianis, who lost to Cyril by only 33 points. 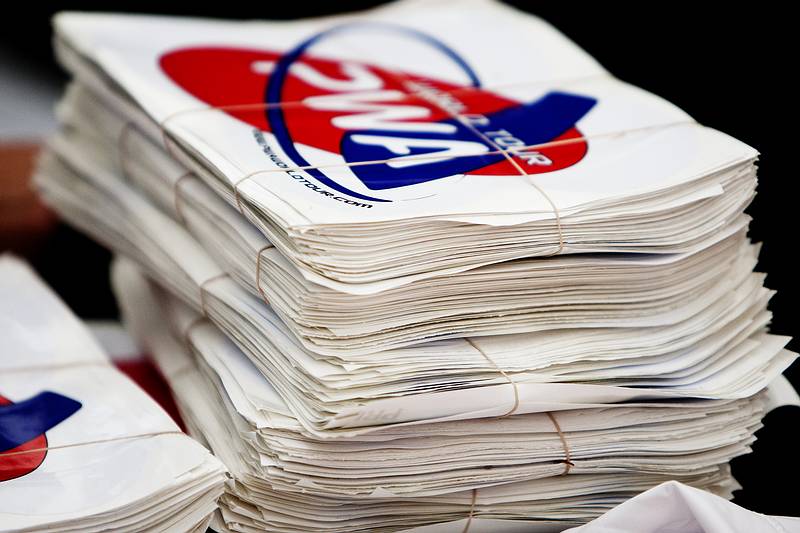 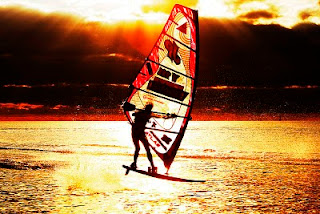 Ricardo Campello tow-in session by PWA/John Carter
Due to bad weather conditions this time in Sylt the judges decided to organize Freestyle Tow-in contest – the rider is speeding up with the help of a jet-ski or speed-boat and performs his trick .  Earlier in the year such action was taken in Podersdorf during the first leg of the World Cup and it was very successful as the riders were speeding up along the shore and were performing heartbreaking tricks just in front of the audience. In Sylt the judges chose the Top 8 World Freestylers and conducted 2 super-sessions in this discipline – the one at during the day was won by 2 times European Champion Steven Van Broekhoven, and the second at night with the beach lit by spotlights and lights of the cars was won by 4times World Champion Gollito Estredo. Riders performed the coolest tricks of modern freestyle, such as Funnel, Culo, Burner, Ponch, Flaka as well as double and one-handed elements. Thousands of spectators came to see this event! 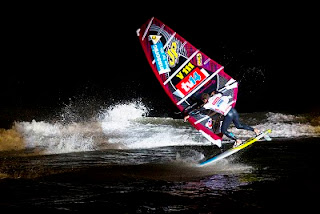 Ricardo Campello night tow-in by PWA/John Carter
FREESTYLE PART:
The conditions of the Freestyle Single Elimination in Sylt were super hard – very light side-offshore wind allowing the riders to run up only during short gusts. The judges decided to run the heats for 12 minutes and 3 best tricks on each tack were counted. Thus every competitor had a chance to catch the wind and perform several tricks. Even in these conditions the riders managed to show not only basic elements (Willy Skipper, Spock, Grubby, Flaka, Ponch, Front loop and tricks in switch stance) but technically complicated tricks (Burner, Kono, Culo, Toad) as well. 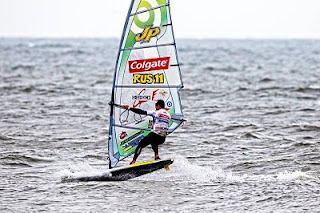 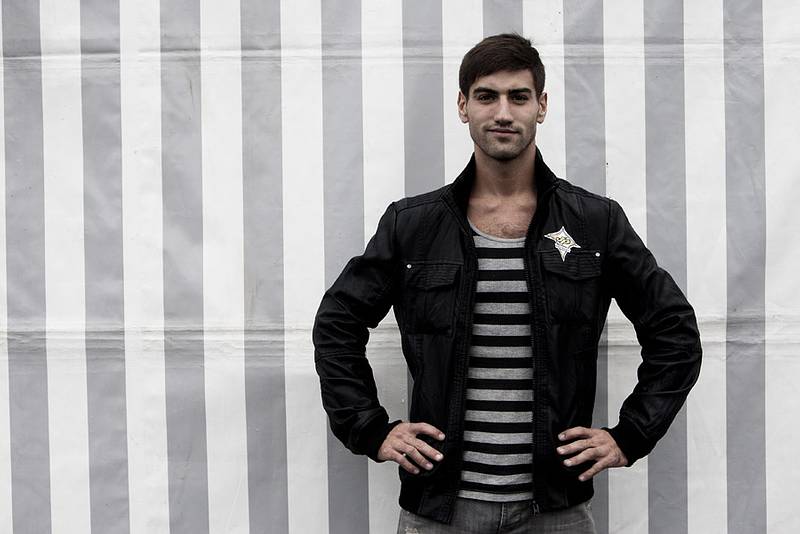 Pic. by PWA/John Carter
I, Yegor Popretinskiy, Russian windsurfer, shared in Sylt the 9th place that allowed me to attain the 8th place in PWA Freestyle overall ranking 2010. I am in the Top 10 of the best World freestylers again, repeating my result of the previous year. Also once again I became the best freestyler from JP/NeilPryde International team and and hopefully my sponsorship will be better due to this result and I will be able to reach Top 5 in PWA Freestyle tour in next year. I am very glad with my result, especially because I was not able to train productively for 18 months being in my graduating year in the Uni. I have to mention injuries gained in Hawaii in spring and Canary Islands in summer and followed by 2 months of recovery with special treatments and diet in St.-Petersburg. This year I met my professional coach, very experienced Alexey Kashin, coach of the Kitesurfing World Champion KPWT 2009 Peter Tyushkevich.  We were working on the Internet and my success of this yeat is due to our hard work. 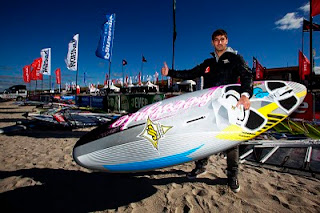 Pic. by PWA/John Carter
I need to show my deep gratitude to all my sponsors – Vneshtreidservice Company, windsurfing school and travel agency Five Squares, JP-Australia boards, NeilPryde sails, MFC fins and my new sponsor - the extreme watches G-Shock!!! Thanks to my family, my friends and all those who support me and believe in me!