Since the wind was switched off after 2 days of the Fuertaventura contest of the PWA World tour, I became pretty grilled during 4 days of the African heat. As a result, I did not reach my goal for Fuerta just sharing 13th place but unexpectedly managed to get on the 10th place in the World rating what is my highest ever result.
I can agree with my friends that things could be better, but after we looked through my plans for 2007 we found out that our highest expectation was to get into the World Top Ten. This plan was realized and the fact that we are not happy with it, shows that we want more thus indirectly but convincingly certifying the success. 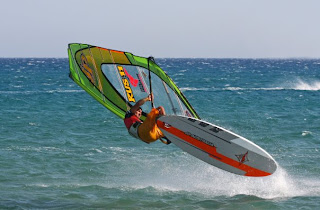 After Canary trip I spent one night in Moscow and flew straight to Greece where spent a week in the JP Young Gun Camp at Parsonisi beach, island Rhodes. The Young Gun Camp is organized every summer on the Pro Center of Christof Kirschner. Though the name of the camp sounds like the name of Korean communist, it is very welcoming and warm. It was very pleasant to meet Kauli – watching him on the water really inspired me as to be alongside the best helps a lot to progress. It was very pleasant to see this progress in our trainees. Kauli’s energy conquered me and as a result I almost lost half of my ear like Evander Holyfield – you can see it clearly on last video from Greece - Rippin by sofa-movielab.com. 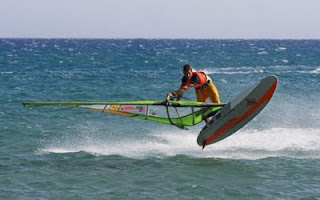 Following the strange tradition I had problems in the Airport with Immigration Control. The problem was solved with the help of the former leader of Unity of Right Forces party Boris Nemtsov who by chance was there. I thank him very much for his help and support.
After Rhodes I had spent a week in hometown St.-Petersburg, then a week in Moscow meeting with my friends, spending random days skateboarding, waited for good forecast for sailing, discussing with the sponsors preliminary results of the year, founding out what was wrong and what changes should be made in our plans as well.

As a bonus here are some diagrams where you can watch the statistics of the results of Freestyle sailors for the last years: 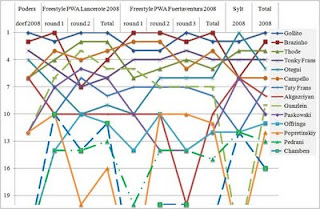 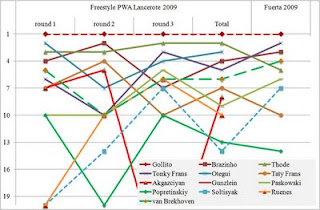 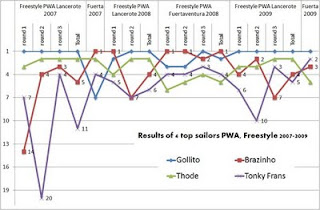 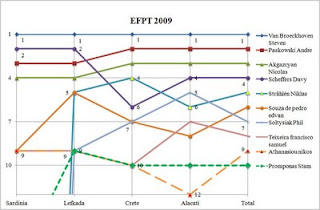